The chemistry of urethanes dates back to 1849 when Wurtz and Hofmann first reported the reaction between an isocyanate and a hydroxy compound. 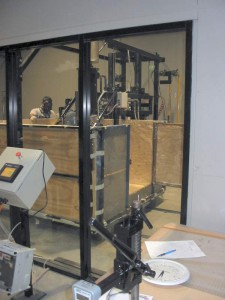 It was not until 1937 when Otto Bayer found a commercial use for the product of the reaction and the industry began working on polyester based urethane polymers to compete with nylon. The onset of World War II and the resulting shortage of essential materials prompted development of urethane materials for fibres, coatings and foams.

After World War II, extensive research and development were initiated in the United States, Germany and Britain as the German technology became generally known. Initially, all work was based on diisocyanates and polyester polyols. However, the difficulty in processing, the relatively high costs and certain poor physical properties of the foam forced the polyurethane industry into looking for alternative hydroxy compounds.

1957 saw the appearance of a wide range of polyether polyols. Not only had they a cost advantage but the foams made had better physical properties than those based on polyester type of polyols.

Along with the advent of the one-shot process and the introduction of silicone surfactants, this development had provided the impetus for the tremendous growth in the polyurethane industry.

Contact Future Foams today for a free no obligation quote!